The vehicle, donated by the Ghana Education Trust Fund (GETFund), was presented to him by the Ministry of Education.

Rahim who was made Ambassador of the Free SHS project in 2018.

This move by the Ministry is to ease transportation difficulties the actor who has, since assuming his ambassadorial role, resourced some deprived schools with teaching and learning materials through his ‘Back to School’ project.

The handing over of the vehicle to Rahim was done on 16th June 2020.

”With every passing day, and all the work I have done with the support of my team, it is gratifying enough to know that we have gained some recognition from the masses. Problems with transportation of our materials to remote areas became an issue for the team,” the young actor said after receiving the car.

According to him the presentation of the car was done after he had sought sponsorship from the Ministry of Education to provide assistance in the form of a vehicle to transport educational materials to the beneficiaries of his project. 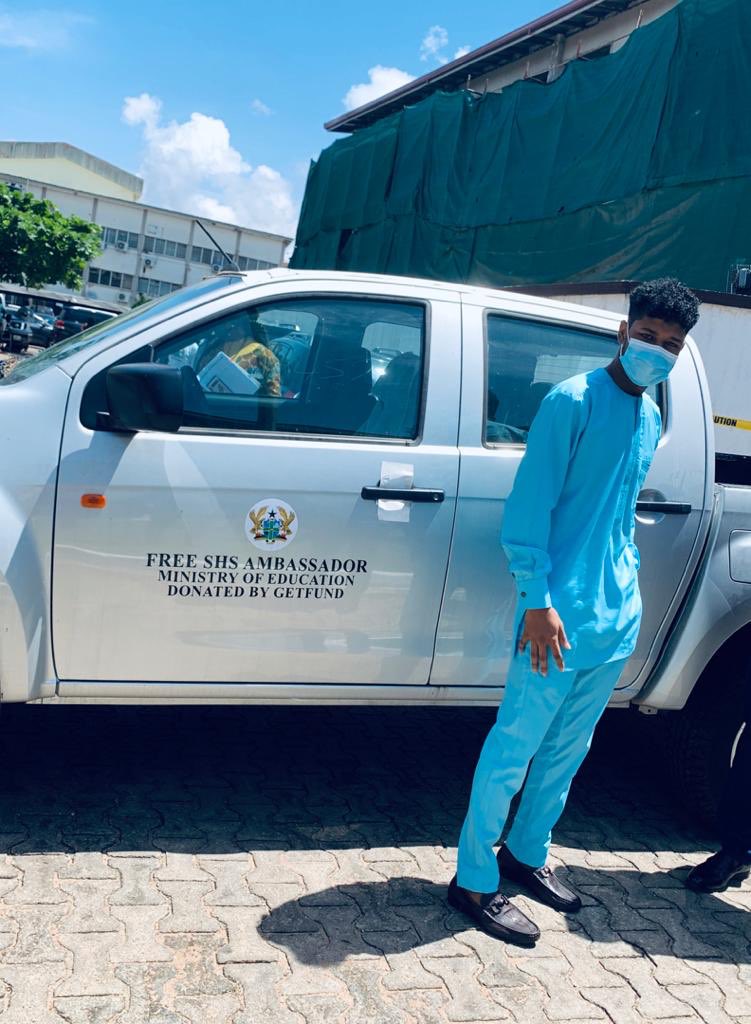 “We have donated close to two hundred thousand books (200,000) to schools within deprived areas and some schools in numerous Zongo communities. We see this gesture as a motivation and an opportunity to do more,” Rahim Banda further stated.

He began acting at the age of nine. His father is also the CEO of Bandex Films, which Rahim mostly features in his movies.

Some of his movies include Masters of The Game, Millions, Ali among others.

Bride-to-be crushed to death on her way to work, weeks to her wedding

I love you my king – Bofowaa sends love message to Rev. Obofour ahead of their 10th wedding anniversary

Bride-to-be crushed to death on her way to work, weeks to her wedding

I love you my king – Bofowaa sends love message to Rev. Obofour ahead of their 10th wedding anniversary

Bohyɛba Nana Yaw called by the name Boateng Philip is a graduated journalist from the Multimedia Institute of Ghana placing speed above accuracy in all forms of publications. Hitting target, we need you to share on all e-platforms to get everyone updated. He can be reached on Whatsapp: 0547484461 Facebook: Gye Nyame Sastro Contact: 0593716121/0593716187

Please consider supporting us by disabling your ad blocker